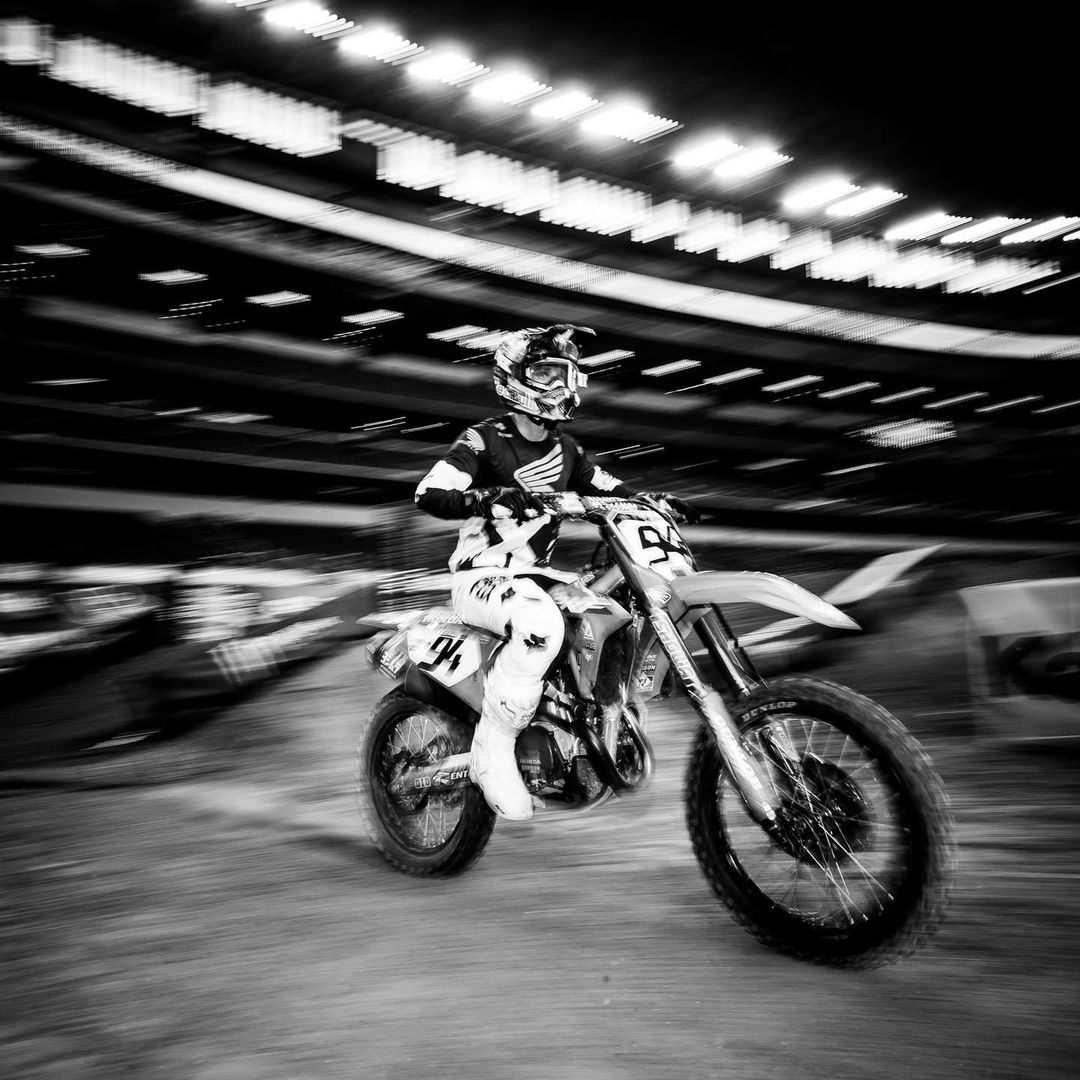 Ken Roczen: “The sport is freaking hard, you know what I mean?. There’s different variables all the time, could be track could be bike. We kind of threw a lot at me with the bike, tried to make some changes throughout all three practices, found something that was good and better. But also at first it’s unproven until you race it and race good on it. In general Saturday was just a tough, one, I was just struggling and couldn’t really do anything on the track This is not an excuse it just is what it is. Today things turned around. I just never lose hope. You see the points fizzling away but at some point I have to look away from that. I’ve had some tough times, in general, and at some point you have to just let go of that as well and regroup. Mostly, I’m just trying not to get over my head and stay calm, even though this win came at just the right time and we really needed it.”

Chase Sexton: “For me it’s been a little bit of a struggle this year, I had some crashes, it was pretty mentally defeating to get those hits week in and week out. I’m not really used to it, I’m usually a pretty smooth rider. It took a hit on my confidence. Dallas helped and I think I was in a better headspace coming into this weekend. Definitely mentally, and also with the bike, it’s been just a really big learning stage, and I think we’re going in the right direction, feeling more comfortable with myself.”

Jason Anderson: “Today was pretty stressful. It started out amazing and I felt like everything was going smooth, and then I stalled it on the gate for the start but I was able to come back and ride good. I was lacking a little bit of energy at the end but I feel like my speed is good and my riding is really well so I’m excited.” 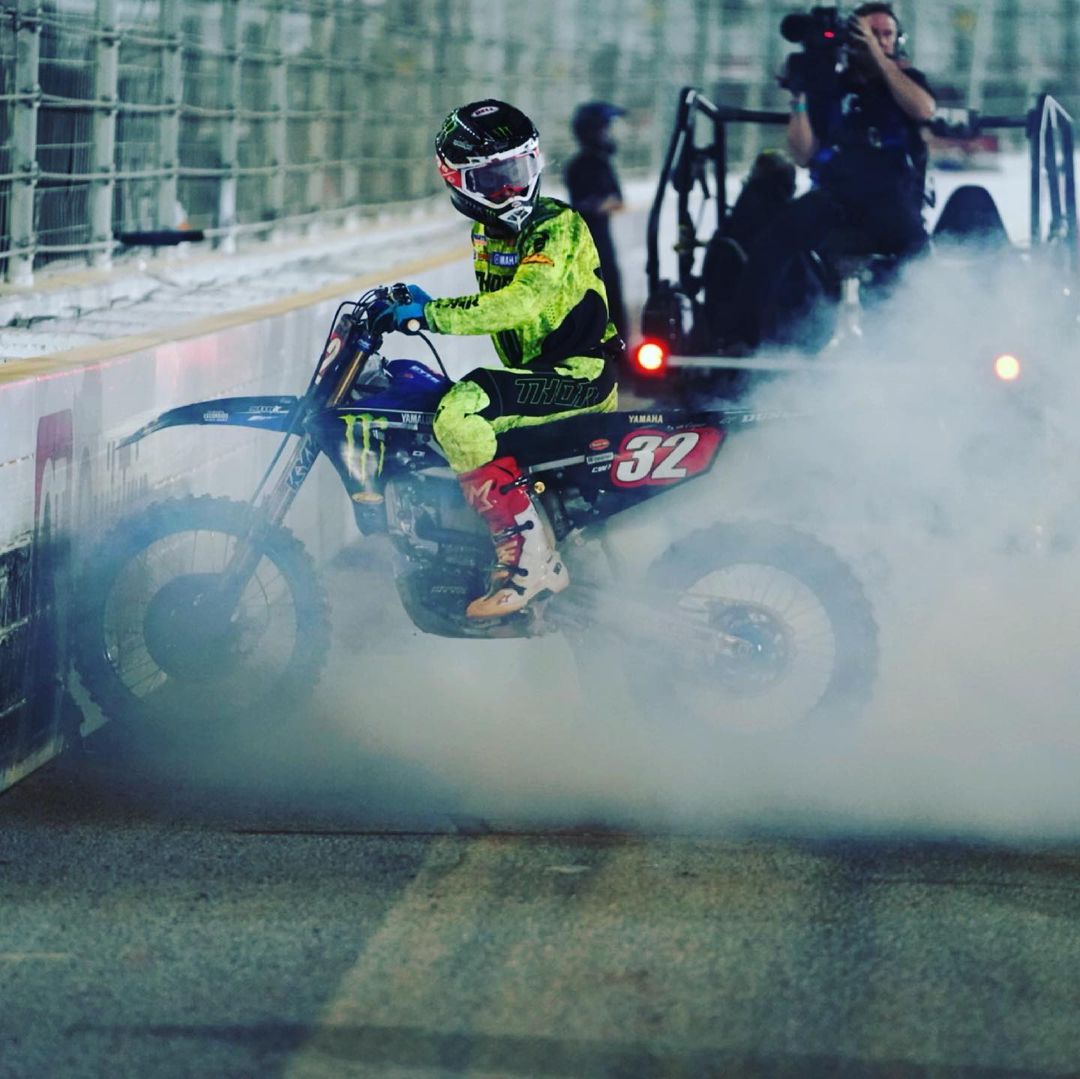 Justin Cooper: “Always when you’re winning a race and it’s red flagged it’s hard to regroup and do the same thing,. It’s hard to go back to back and do it again, especially in the main event where the pressure is there. I just saw the crash and I’ve never seen a crash that gnarly. Props to him McAdoo for being able to get up under his own power. But back to my mindset, you have to put yourself back in the zone, calm down, get the heart rate down. And I was able to do it.”

Hunter Lawrence: “We made a pretty big change to the shock before the main event. I was struggling throughout the day and the change was good. I think my speed was there, didn’t get the best start, but yeah I think I got fastest lap time and had a really good pace going from the halfway point onwards. I wish I could have put myself in a better position off the start for sure.”

Cameron McAdoo: “I had a contusion on my thigh. It was when you get the gnarliest Charlie horse and you truly can’t move move your leg. That’s how it felt for a minute. I was trying to move my leg, and he was like “Let’s get down! Let’s get down (to the bottom of the jump).” I tried but it wouldn’t cooperate. We finally got stuff moving. I’m probably not as sore as I probably will be here soon. I just want to give it up to my whole team. My bike was mangled, it still is, it’s been tough but they worked as hard as they could to get it going. I want to give a shoutout to Doc Bodnar and the whole Alpinestars Medical Crew. They evaluated me very closely and I appreciate that because sometimes racers aren’t in their right mind and might not be safe to race. Just so glad to be on the podium.” 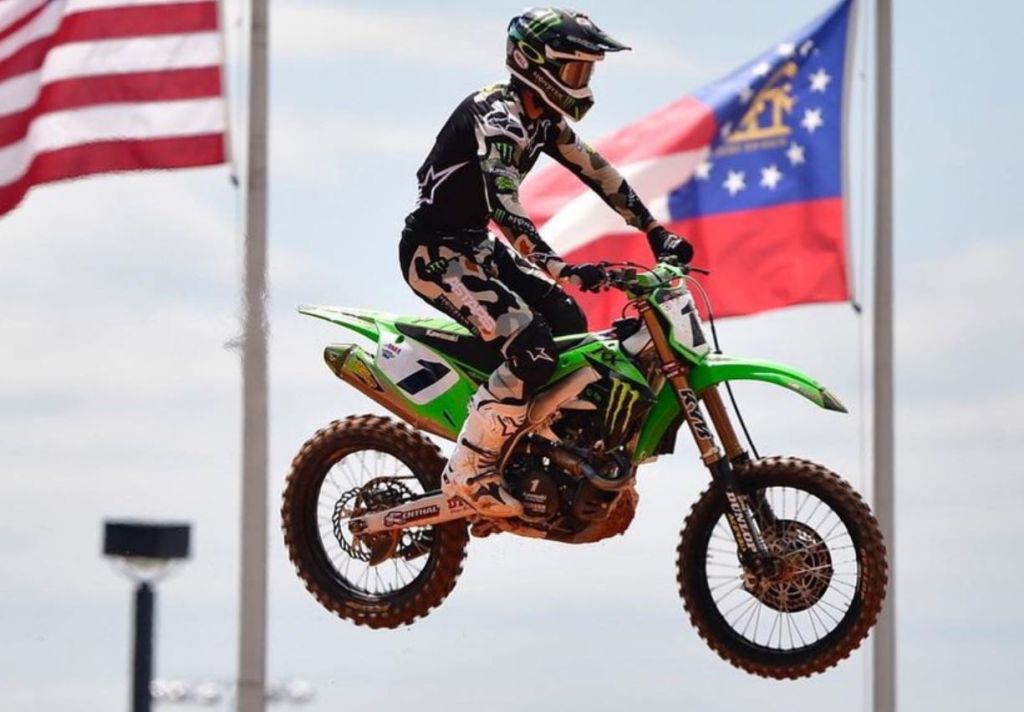 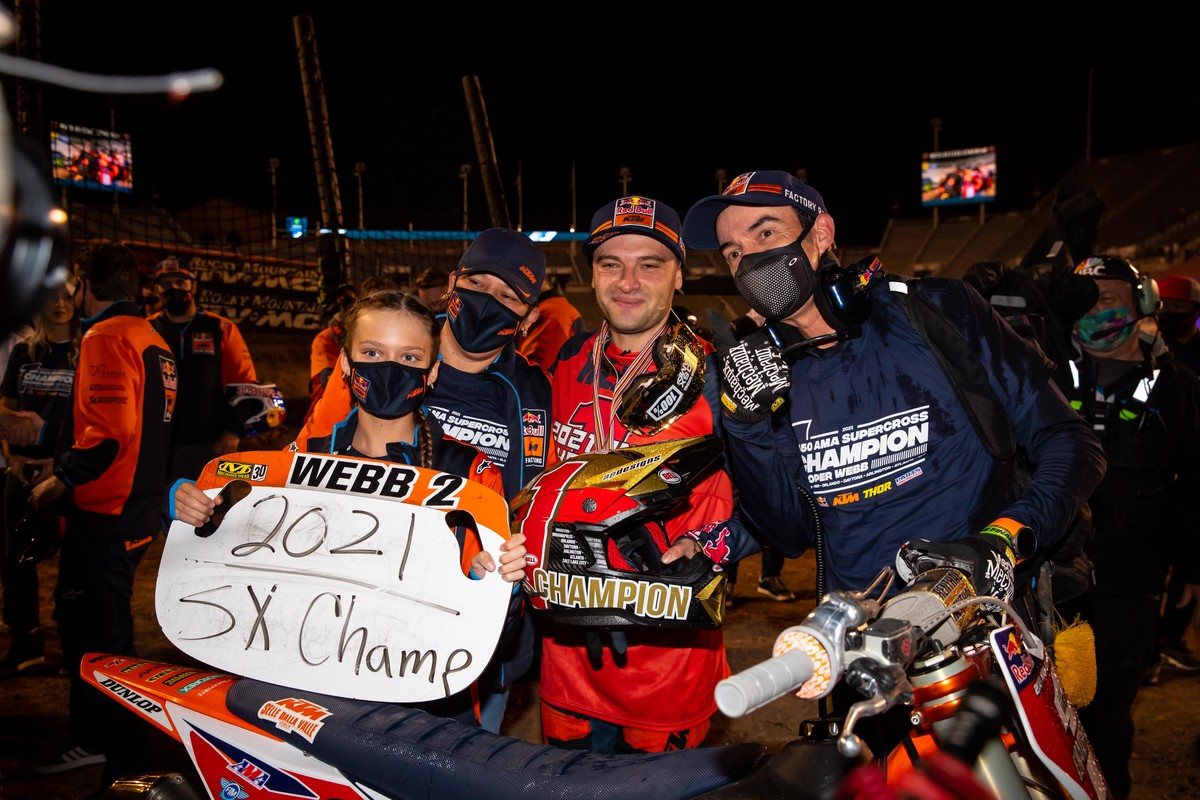 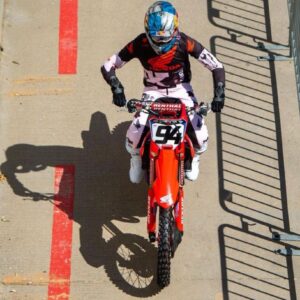