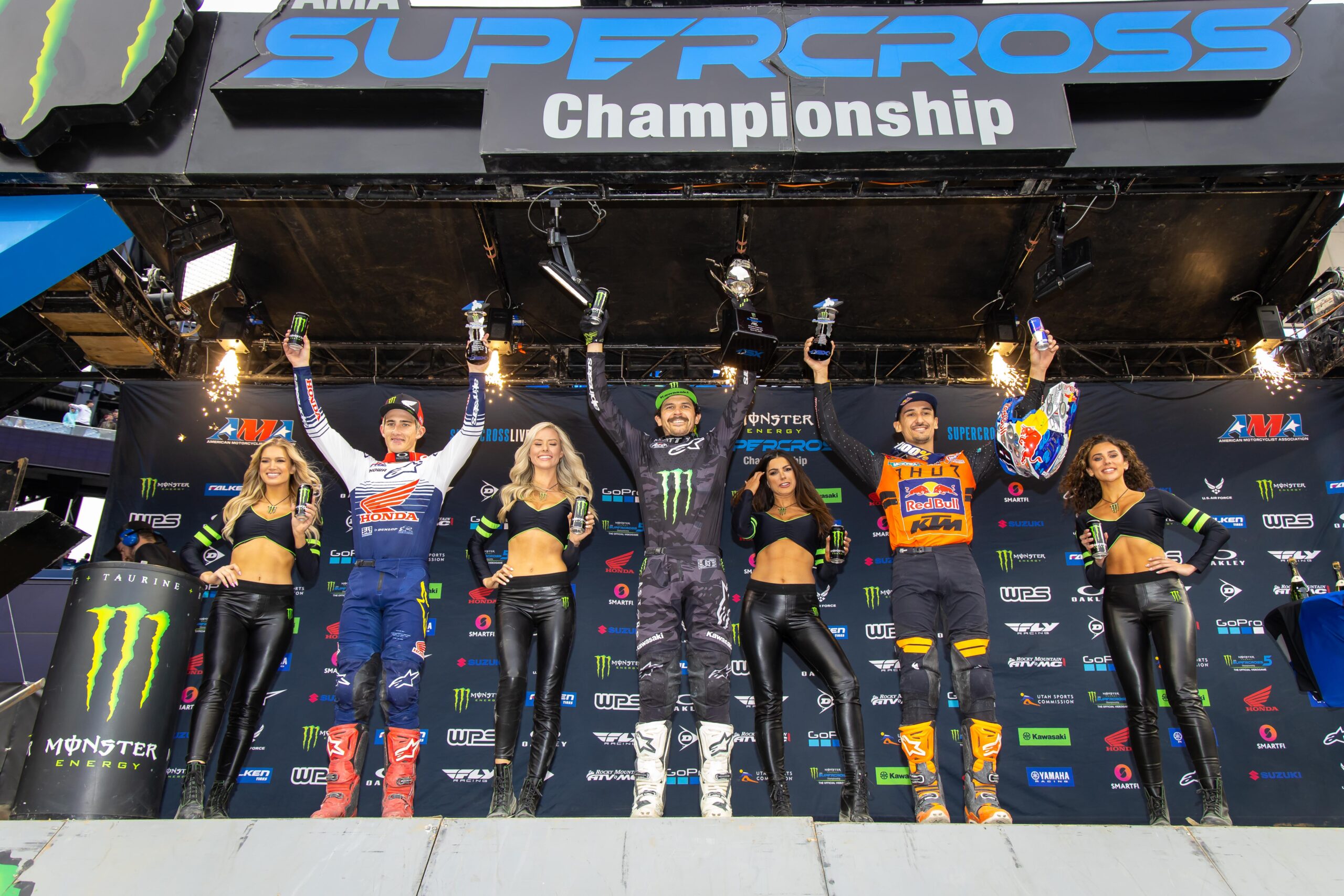 Jason Anderson, Monster Energy Kawasaki: “I feel like it’s the most laps I’ve ever led in a season! Even when I won my championship, I didn’t really lead a lot of laps. I won some races. But to be honest, winning these races and getting the podiums is surreal for me. After the little dry spell I’ve had the past few years, it’s refreshing, and it’s given me that second wind.” 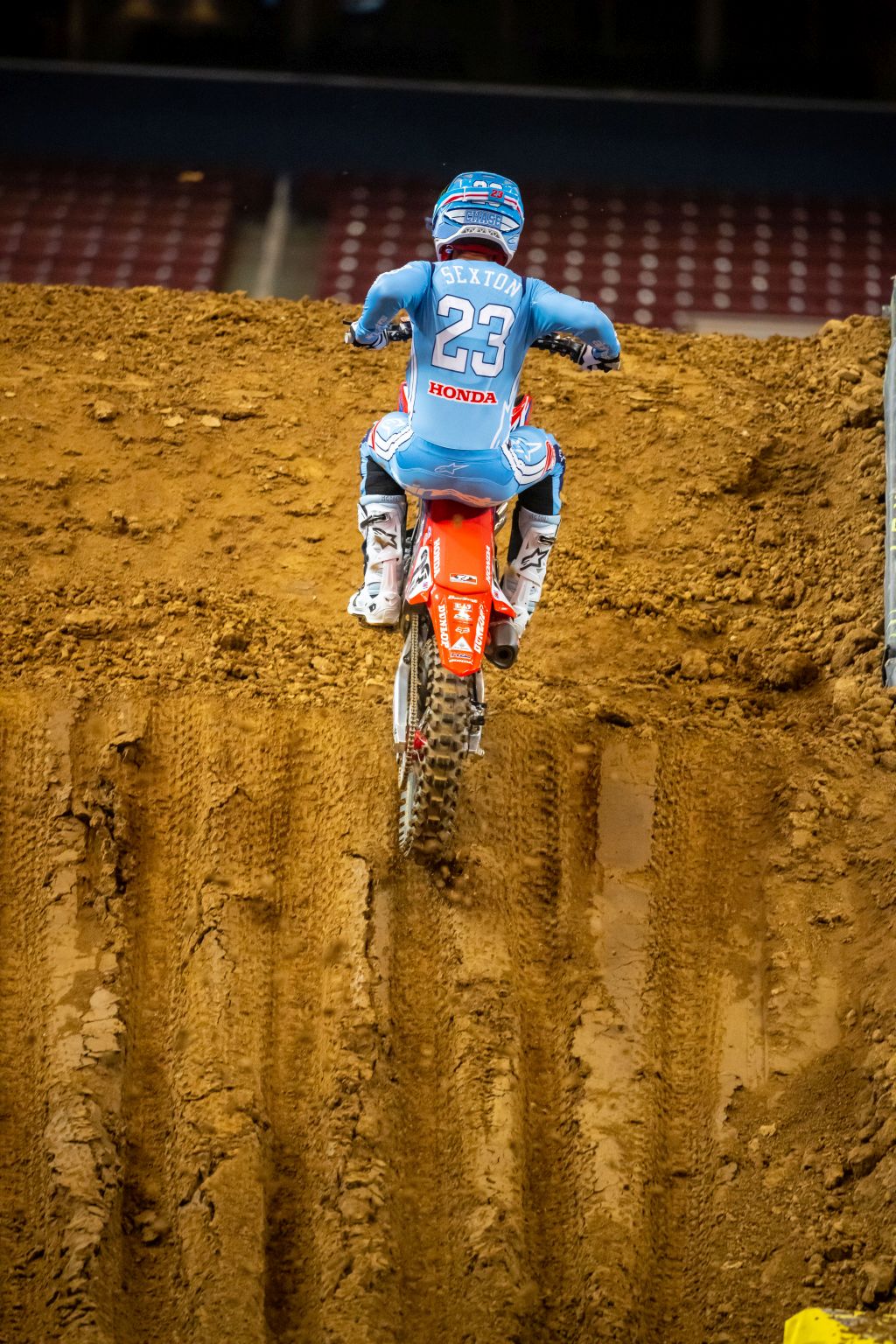 Chase Sexton, HRC Honda: “My goal after Seattle of having weeks of laying on the ground, I just wanted to be back on the podium. Now that I’ve done that, obviously I want to keep continuing to be on the podium, but now the goal has kind of changed to going for wins. I’ve been close, but Jason has been riding really well and so has Eli. It’s not easy and I feel like I’m doing the best that I can.” 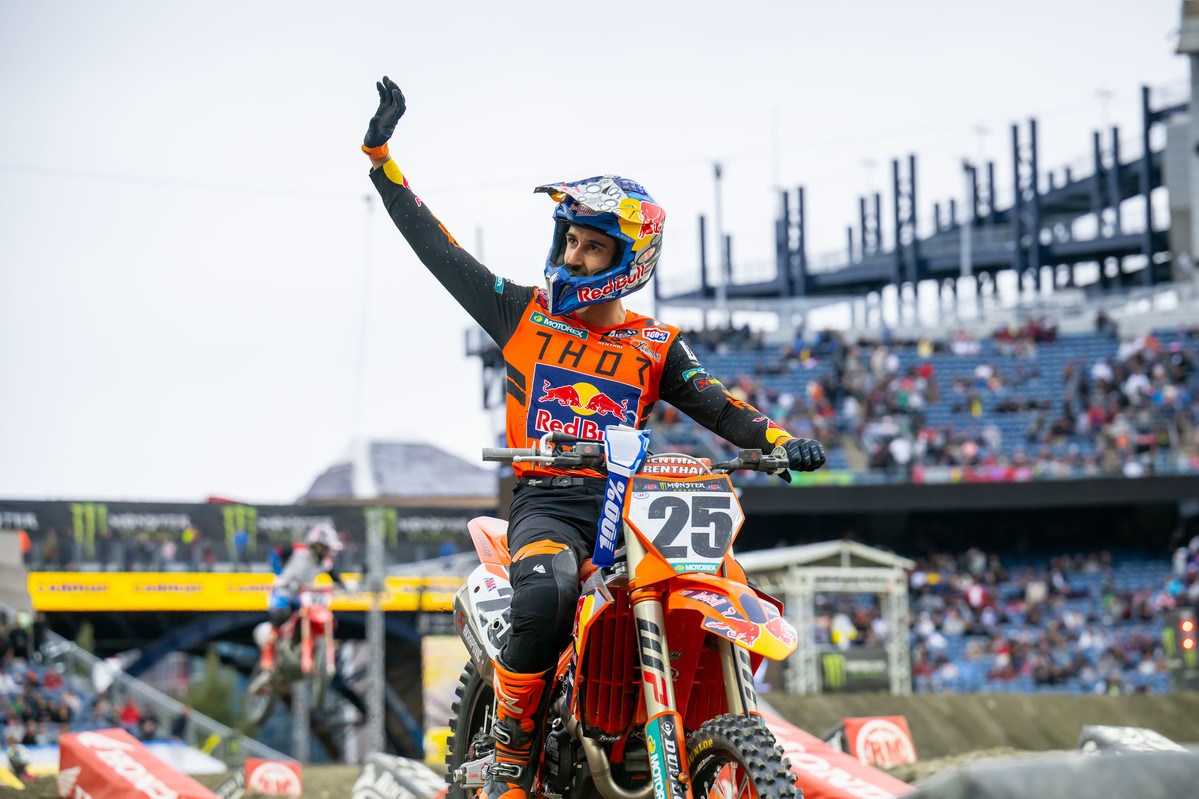 Marvin Musquin, Red Bull KTM: “ I’m enjoying the riding with the new setup on the bike. The track was challenging but I enjoyed it. Towards the end of the season, I’ve been feeling pretty good and getting on the podium right now is huge. I had a bad start but somehow, in the first two corners, I gained some time. It was a long main event, but I managed to be consistent and get third tonight.” 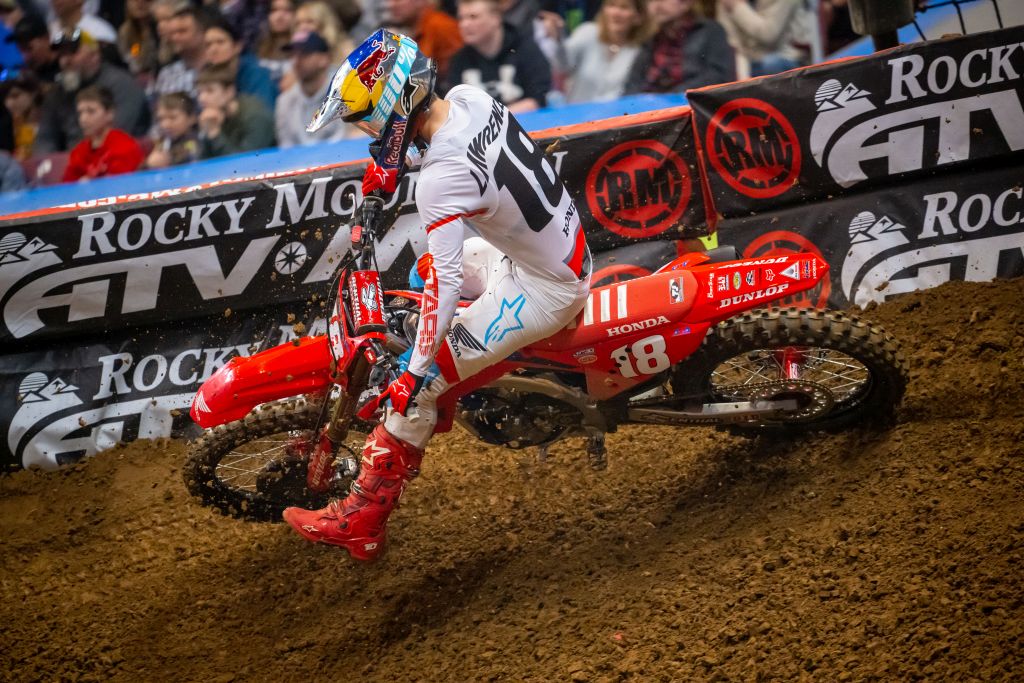 Jett Lawrence, HRC: “I’ve dreamed of this since I was a little kid. All the hard work that us and the team put in, all the hard times that we’ve gone through, this one night makes all that disappear. If I knew I was going to get a result like this back then, I’d do it all over again.” 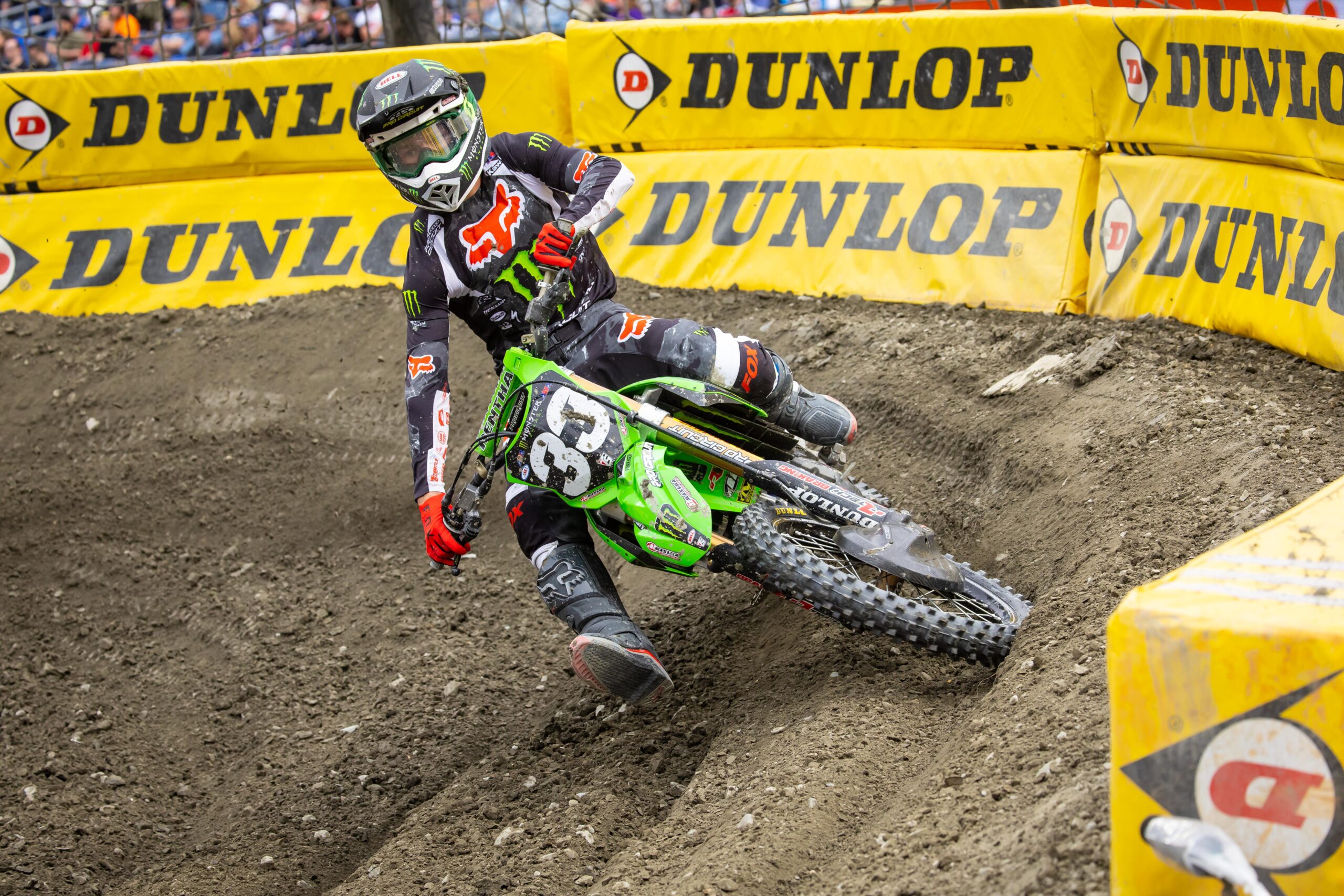 Austin Forkner, Pro Circuit Monster Energy: “It’s been two years since I’ve won a supercross now so that felt really good. My goal [in coming back] was to still be one of the top guys. Even after qualifying last week in Atlanta, I knew that I was still right there. It feels good to get another win in general, whether I had the year I did or not, it just feels good to get a win.” 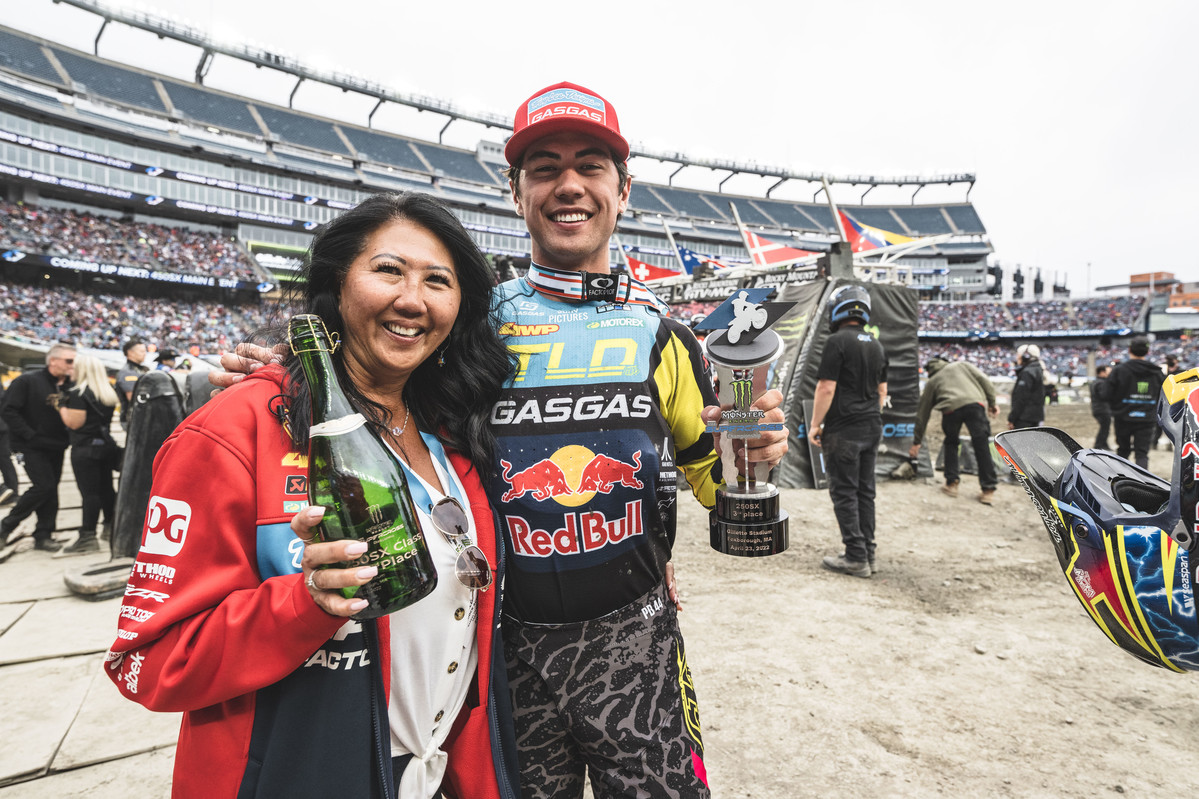 Pierce Brown, Troy Lee Designs Red Bull GasGas: “All in all, I’m stoked on the ride. I’m just hungry for more. I wish I could have held onto it but I’m not too bummed. I learned a lot out there and hopefully next time I can hold onto it all the way. I led a lot of laps here tonight and hopefully this can jumpstart me into a win here soon.” 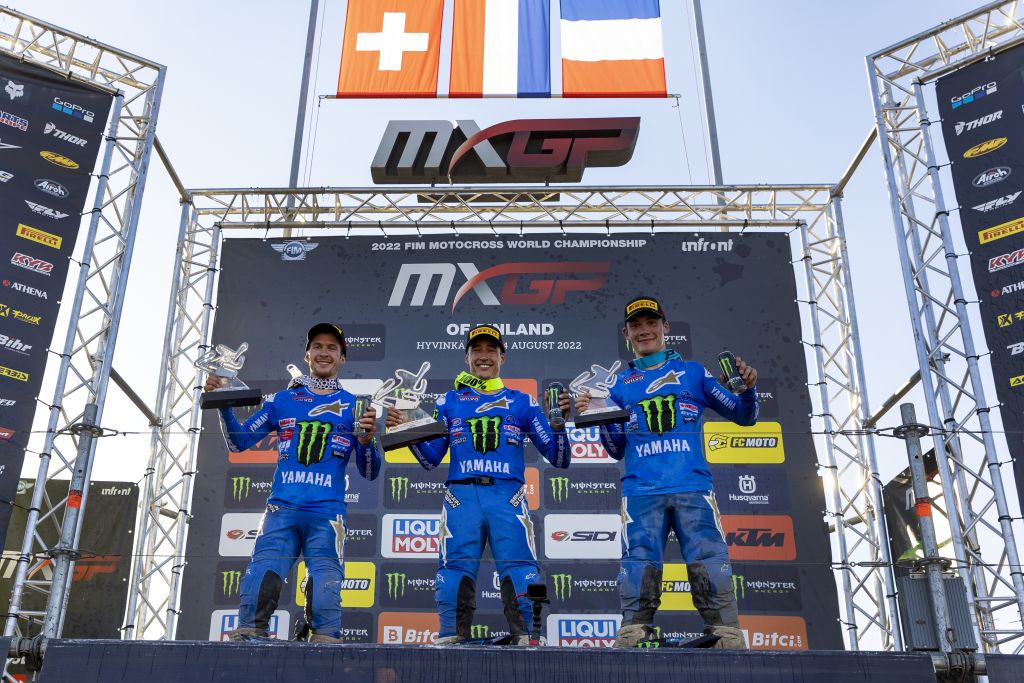 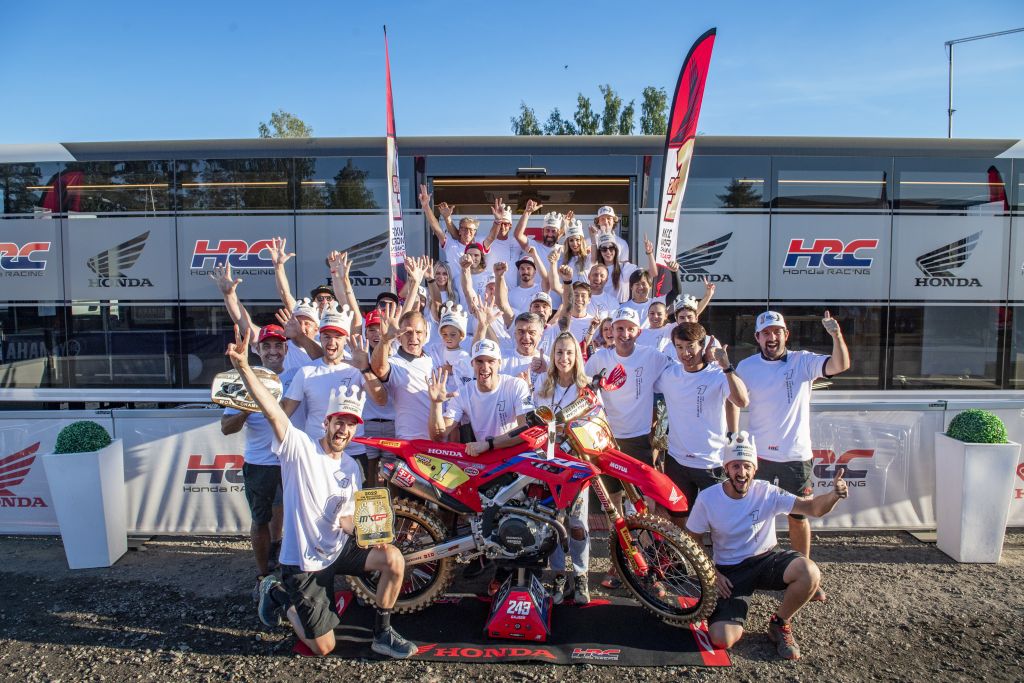 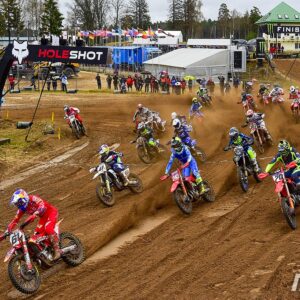