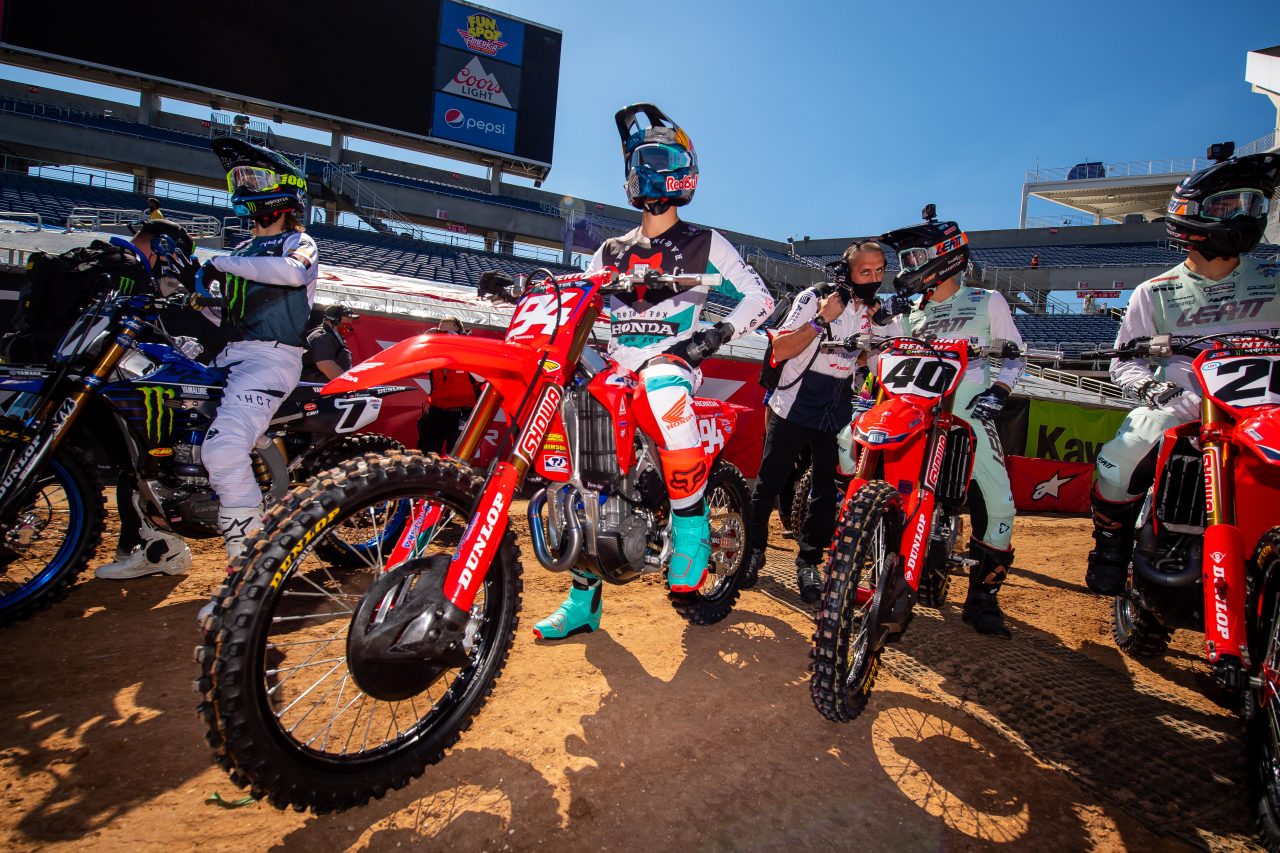 Ken Roczen: “Orlando 2 was a good night for us, even though it may not look like it on paper. I felt really good in the heat race, getting the hoelshot and first gate pick in the main event. The 250 riders were racing, and as soon as they moved the Tuff Blocks, I noticed that my rut was actually very rough and had a big kicker in it. As the gate dropped, I fed my clutch and my front wheel just hit that kicker dead on and my front popped up and really messed me up. I went around the first turn in 22nd, and by the first segment I clocked in at 17th position. I really had to do some work, and then I got behind Eli Tomac and Justin Barcia. I definitely had more speed, but I just couldn’t quite make the pass happen right away. Once I got by Tomac, I tried to reel in Barcia but just didn’t have enough time, so ended up getting fourth… 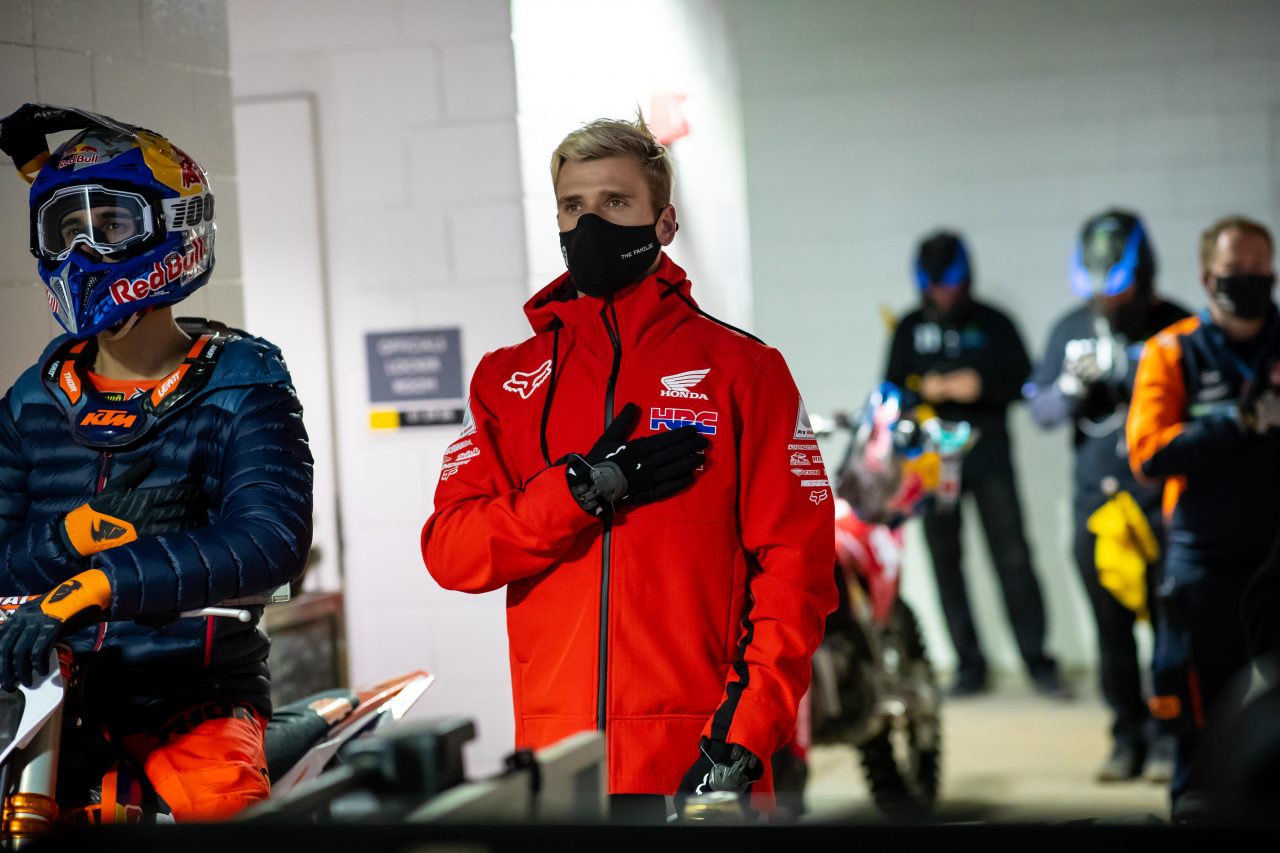 I felt like I was riding really well, even though I always had someone in front of me. Ideally, if I could’ve made a couple of passes to have a clear lap, I could’ve really put in some good time, but that just wasn’t in the cards tonight. We did some damage control and came in fourth and I’m really looking forward to Daytona. I’ve always wanted to win that round, so I’m going to put all my focus on that.” 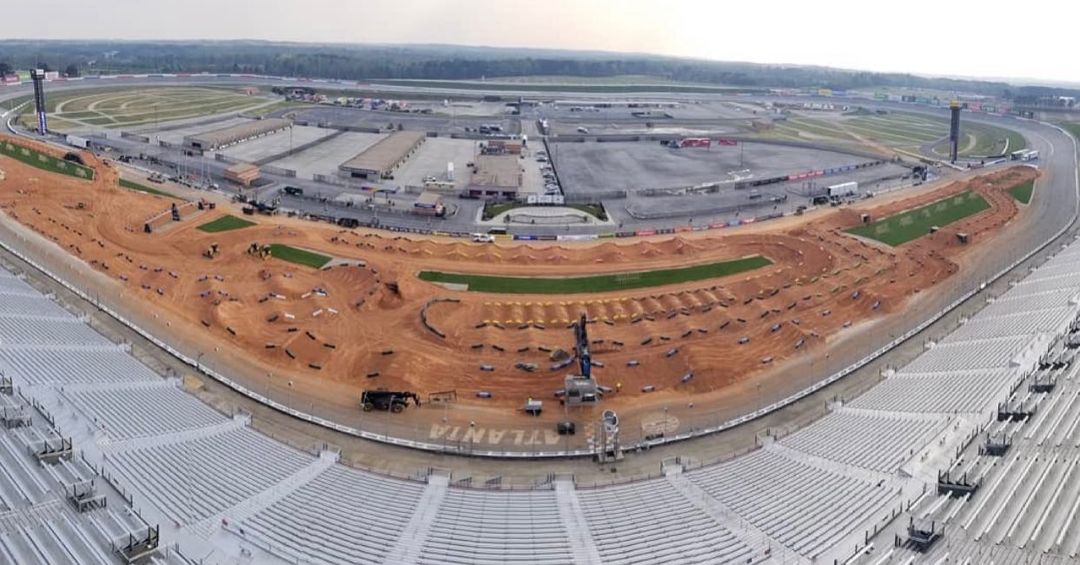 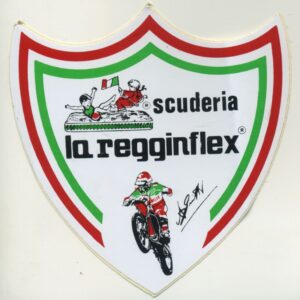